Change is coming, whether you like it or not

At the end of her speech that delivered one more warning to the members of the UN climate summit, climate activist Greta Thunberg said ”…and change is coming, whether you like it or not”. This statement has occupied my mind and deeply resonated with me.

Perhaps you’ll be disappointed to hear that the climate isn’t the reason for my reaction. This declaration resonated with me because of a personal change. That doesn’t mean however that I’m not concerned about the climate change that’s on our doorstep. I admire the attitude and ways in which 16-year old Greta draws attention to climate issues, giving us all the chance to become more aware of the necessary changes. I think she works hard and in a remarkable way to reach Awareness, the first step in the change model of the ADKAR™ methodology. It’s now up to the world leaders to embrace her action and to take on, develop and put into practice the next steps (Desire – Knowledge – Ability – Reinforcement).

The change I’m undergoing, while I’m writing this, is a change that I dreaded but was coming anyway. It gave me many sleepless nights and I was very concerned about what would happen if I did nothing. While I’m writing this, I’m at the hospital preparing to make this change a reality. I’d like to dedicate this blog post to the similarities I see between my personal change process and the change Greta wishes to see in the world. When I think about the clients I have guided and I continue to guide through their change trajectories, I believe my insight can be applied to a broader range of change processes.

My change and the turning point

During the first consultations about my change, my doctor and I spoke mostly about the negative effects of the current situation. I have been taking painkillers for many years following a serious car accident and the prolonged use of this medication could lead to possible health risks today and in the future. This really had to change, whether I liked it or not. Back then, we didn’t know what needed to change, because we had already tried many options without any effect. We mainly spoke about the potential risks if nothing was done. This increased my awareness but I wasn’t inclined to change because I saw no alternative future. I had the impression that I had to adapt to a life with the negative consequences of my use of painkillers year after year.

The turning point came when my doctor had a radical suggestion: a treatment that involved giving up the painkillers from one day to the next – under medical guidance – to give my pain receptors the chance to heal. I dreaded that change: it would not only turn my life upside down, but would also mean that I would have to fundamentally adapt my behaviour.

‘It is better to travel well than to arrive’ – Buddha

Even so… This approach allowed me to imagine a better future: a future without pain, with less pain, with less painkillers… And although none of these scenarios were guaranteed, I suddenly felt positive energy flowing through me right there at the doctor’s practice. I decided to embrace the idea and do whatever it takes to make it work. Today I’m going through this process of change. Even though it has been tough at times and the end result remains clouded, I’m taking action. At the end of the road, something will have changed for the better, no matter how small.

The climate movement and denial

Let’s go back to the climate movement and the similarities I see with my own change process. I have the impression that in the fight against climate change, the prevailing image is also that of a negative future when nothing changes: more floods, earthquakes, melting icecaps, animal extinction, famine, air pollution, etc. In other words, an uninhabitable planet. It resembles the description of what could go wrong with my health if I didn’t change my dose of medication. Indeed, in both cases it’s a faithful representation of reality. But a negative one, don’t you think?

When I first heard the negative image of my future, my first reaction was to deny it. It was all still far away and not that bad, right? In the reactions to the call for action by Greta and her movement, I often see the same denial. The fact that some people also personally discredit Greta and her team is disgusting and a strike below the belt in my eyes. It seems to me that such strategies are meant to deny the future as described by Greta, just like I developed strategies to minimize my sad prospects.

Change for a client: towards a new future

When providing guidance to one of my clients recently, I again saw many similarities. At first, I saw a malfunctioning team. Both clients and managers outlined a negative future for themselves and about themselves. Together with the team, I succeeded in imagining a new and positive future, with bold choices to guide them in the right direction.

During the change trajectory, I noticed that every team member started to believe in a new future and was committed to making it happen, even though everyone realized that this future could be different than the one imagined. In this case, the end result indeed turned out to be different than the original image of the new future. However, we succeeded in inspiring a team to work together and they are now able to take steps towards an even better future. Once again, management feels that they have the support of the people who have made a commitment to deliver a brighter future for the whole company.

The key to bring about change? 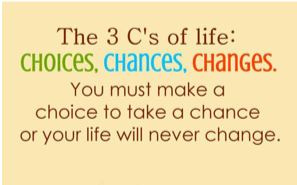 I’m convinced that as soon as we succeed together in telling a positive story about change, we are able to deliver change, no matter how difficult it is.

I don’t mean to claim the wisdom or suggest that I have the answer to solve the urgent climate crisis. What I do hope is to inspire others with my story to involve Greta Thunberg, her team and all young people and climate activists in the creation of a positive image of the world. If we – citizens as well as policy-makers – succeed, then we will have a project of change in which everyone will have a part to play. We can then be ‘positive/in favour of’ instead of ‘negative/against’.

Consultancy and coaching for organizations and people in change

Whether it goes wrong in a project, process, organization or team: your people make or break the solution. That is why I involve them in every step, putting them at the wheel and making myself superfluous as quickly as possible. The result? Successful change that continues to work.

Consultancy and coaching for organizations and people in change

Whether it goes wrong in a project, process, organization or team: your people make or break the solution. That is why I involve them in every step, putting them at the wheel and making myself superfluous as quickly as possible. The result? Successful change that continues to work.